‘Telephone Dreams’ is a mashup of the traditional children’s game Telephone Game* and the 20 minute powernap. A circular blanket is laid out on the grass. A cassette tape plays soothing tones whilst voices speak at long intervals in Estonian, Russian and English. The voices gently guide the sleepy through a series of simple movements and thoughts, which encourage each person to focus their minds on the one lying to their left. The aim is to create an unbroken circle of dreamers, with each person swimming intimately into the mind of the person next to them – a non-physical orgy of unrequited fantasy, in a counter-clockwise direction. 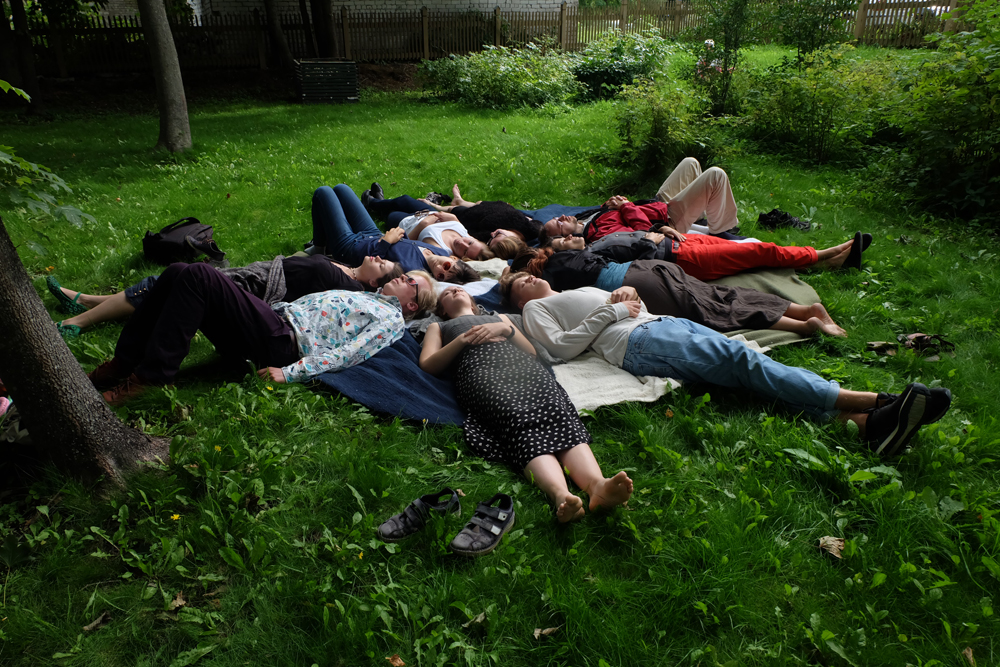 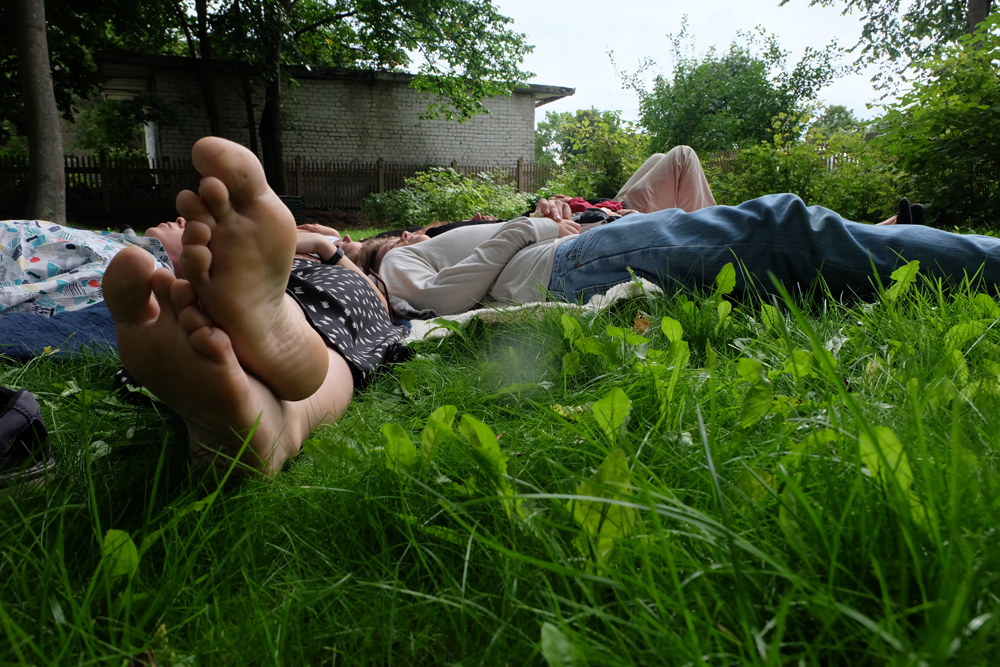 The 20 minute nap took place at the closing event of Juhan Vihterpal’s exhibition ‘Alateadus’ at Amandus Adamsoni Muuseumi Galerii, Paldiski, Estonia on the 28th of August, 2016.

*This work was originally titled ‘Chinese Dreams’. As I grew up in Scotland, the children’s game referenced in this work was most commonly known, during the childhood era of my generation, in British English, as ‘Chinese Whispers’, while the same game was called ‘Telephone Game’ in USA English. I now recognise racism in the game being named ‘Chinese Whispers’, and believe I was wrong to have named my work as I originally did, thus carrying racist connotations through into my own work. In changing the title of the work now, I hope to avoid causing harm to people who come in contact with it in the future. – Hannah Harkes, 2020